Determining dynamics of calving at Kronebreen 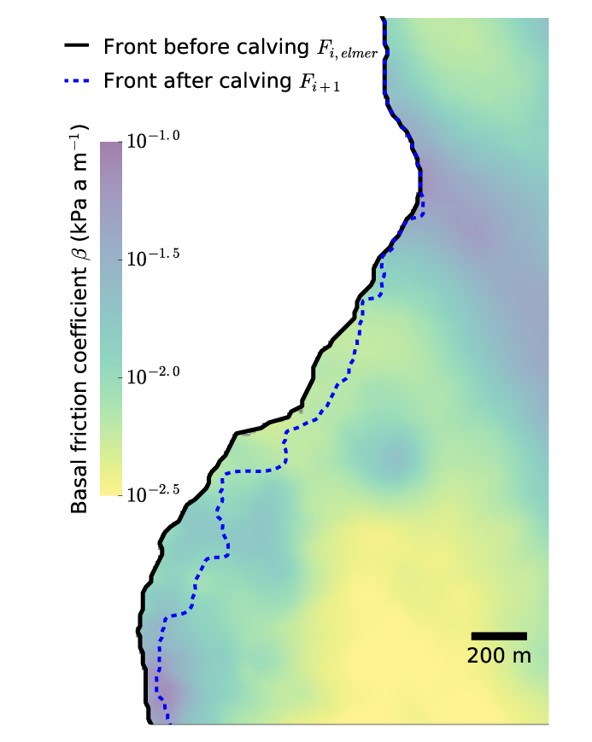 With Elmer/Ice among a multitude of models, including surface energy balance and runoff, a simple basal hydrological model as well as a plume and a discrete element model, the authors investigate the influence of undercutting caused by plumes fed by runoff entering the glacier and released at certain outlets by basal hydrological flowpaths as well as sliding on calving rates at Kronebreen, Svalbard. The authors are able to show the influence of undercutting as well as basal sliding on calving rates of this fast flowing tidewater. Sliding coefficients have been obtained from a temporal and spatial high resolution satellite data-set. Those obtained friction coefficients - as well as the geometry obtained from the undercut model and Elmer/Ice are used in the discrete element model HIDEM to simulate the calving behaviour, which then are compared to measured front positions.