Numerical modeling of the dynamics of the Mer de Glace glacier, French Alps: comparison with past observations and forecasting of near-future evolution Alpine glaciers are shrinking and rapidly loosing mass in a warming climate. Glacier modeling is required to assess the future consequences of these retreats on water resources, the hydropower industry and risk management. However, the performance of such ice flow modeling is generally difficult to evaluate because of the lack of long-term glaciological observations. Here, we assess the performance of the Elmer/Ice full Stokes ice flow model using the long dataset of mass balance, thickness change, ice flow velocity and snout fluctuation measurements obtained between 1979 and 2015 on the Mer de Glace glacier, France. Ice flow modeling results are compared in detail to comprehensive glaciological observations over 4 decades including both a period of glacier expansion preceding a long period of decay. To our knowledge, a comparison to data at this detail is unprecedented. We found that the model accurately reconstructs the velocity, elevation and length variations of this glacier despite some discrepancies that remain unexplained. The calibrated and validated model was then applied to simulate the future evolution of Mer de Glace from 2015 to 2050 using 26 different climate scenarios. Depending on the climate scenarios, the largest glacier in France, with a length of 20 km, could retreat by 2 to 6 km over the next 3 decades. 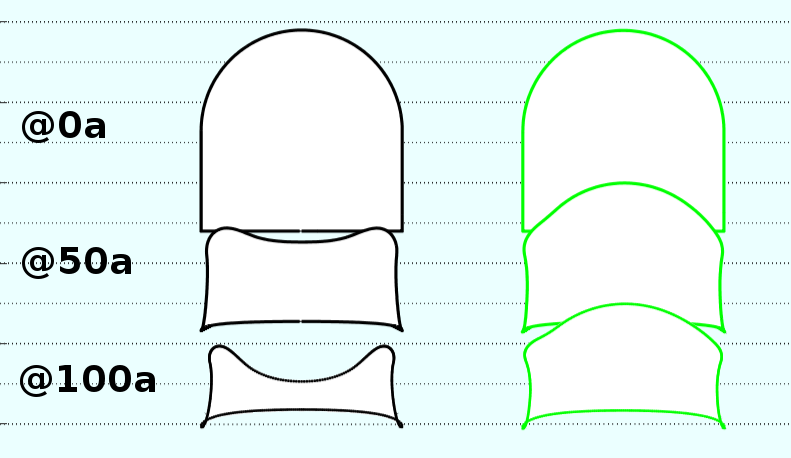 This study takes place in the framework of the international project Ice Memory, which aims to create a global ice archive sanctuary in Antarctica gathering ice cores collected all over the world on glaciers that will likely have melted away in the coming decades due to climate change. To preserve the quality of the cores over decades to century, they must be stored at a constant temperature well below melting point. The most energy-efficient way to fulfill this requirement is to have the storage facility buried into the polar firn at Dôme C, at an initial depth of around 10 meters beyond which the firn temperature does not show any seasonal variability. The possible storage solutions range from unreinforced snow caves excavated in the firn to the burying of rigid containers, including various combinations of both. However, because the surface mass balance at Dôme C is positive and is expected to remain so in the coming decades, the natural fate of any cavity excavated in the firn is to close-off and any rigid body buried in the firn will have to bear ever-increasing pressure. Here, we take advantage of the Elmer/Ice Porous Solver intended to simulate the flow of compressible firn in order to assess the sinking rates and typical lifetimes of two-end member cases in terms of rigidity of the storage solution: an unreinforced snow cave and a perfectly rigid container.  Our results show that the lifetime of a snow cave depends strongly of the initial density in its surrounding. On the other hand, the presence of a rigid container within the firn induces a perturbation of the flow, leading to the formation of patches of high density over it walls. These high density patches are associated to significant normal stresses that traditional shipping containers such as those operated by the French Polar Institute (IPEV) in Antarctica are not meant to support. Therefore, the outcomes of the present study are of primary importance to enable the design of an ad-hoc reinforcement structure of the storage solution suited to fulfill the Ice Memory project specific requirements. 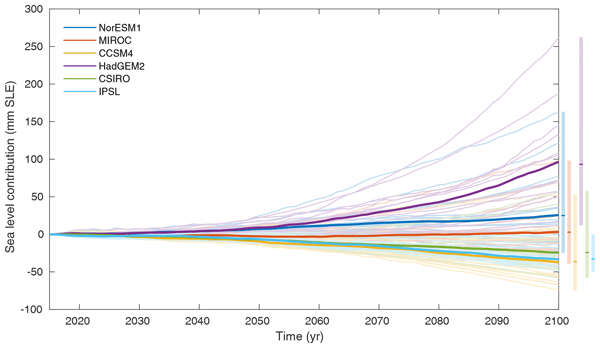