The Totten Ice Shelf (IS) has a large drainage basin, much of which is grounded below sea level, with a large potential of future sea level rise contribution. Small retreats of the calving front from its current position are predicted to cause a change in flow at the grounding line, which makes understanding the processes behind calving on the Totten IS essential to predict its future dynamics. Using Helsinki Discrete Element Model (HiDEM) this article shows that beside local crevasse production (prominently at pinning-points), the advection of crevasses along the fast outlet is an essential feature of the observed fracture pattern. 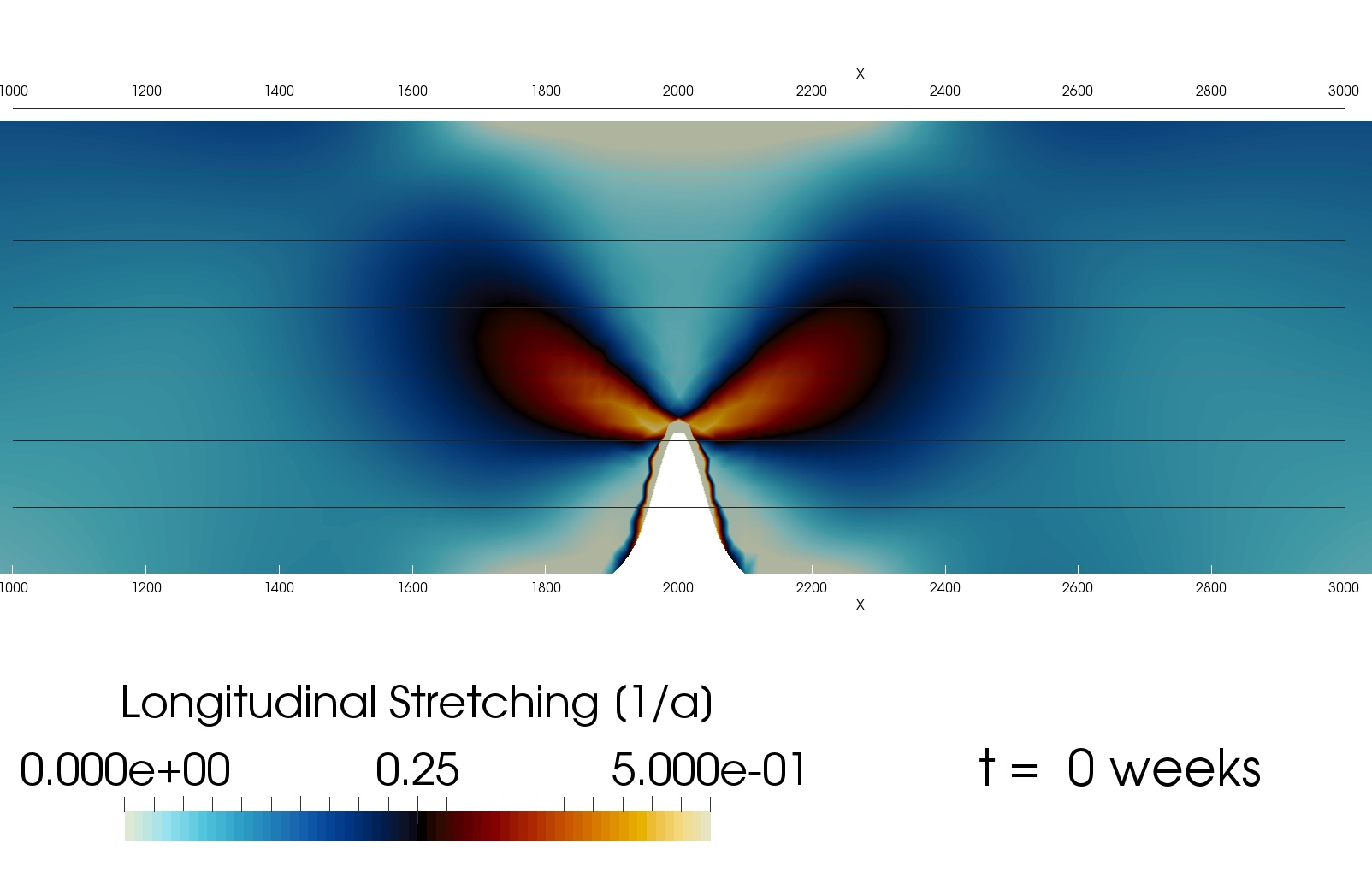 To address this aspect, Elmer/Ice was used to better understand the evolution of advected crevasses, which, alongside with another model accounting for melt-induced change of crevasse shape, showed that strain as well as ocean melt have the potential to deform narrow fractures into the broad basal features observed near the calving front. This multiple factors influencing calving at Totten IS will be a challenge for predicting its future mass loss.

Coincidentally, this is the 100th peer reviewed publication with a contribution from Elmer/Ice. 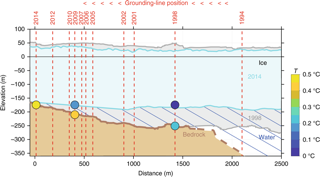 Written by Olivier Gagliardini on 29 June 2018. The search for ice as old as 1.5Myr requires the identification of places that maximize our chances to retrieve old, well-resolved, undisturbed and datable ice. One of these locations is very likely southwest of the Dome C summit, where elevated bedrock makes the ice thin enough to limit basal melting. A 3-D ice flow simulation is used to calculate five selection criteria, which together delineate the areas with the most appropriate glaciological properties. These selected areas (a few square kilometers) lie on the flanks of a bedrock high, where a balance is found between risks of basal melting, stratigraphic disturbances and sufficient age resolution. Within these areas, several sites of potential 1.5Myr old ice are proposed, situated on local bedrock summits or ridges. The trajectories of the ice particles towards these locations are short, and the ice flows over a smoothly undulating bedrock. These sites will help to choose where new high-resolution ground radar surveys should be conducted in upcoming field seasons.