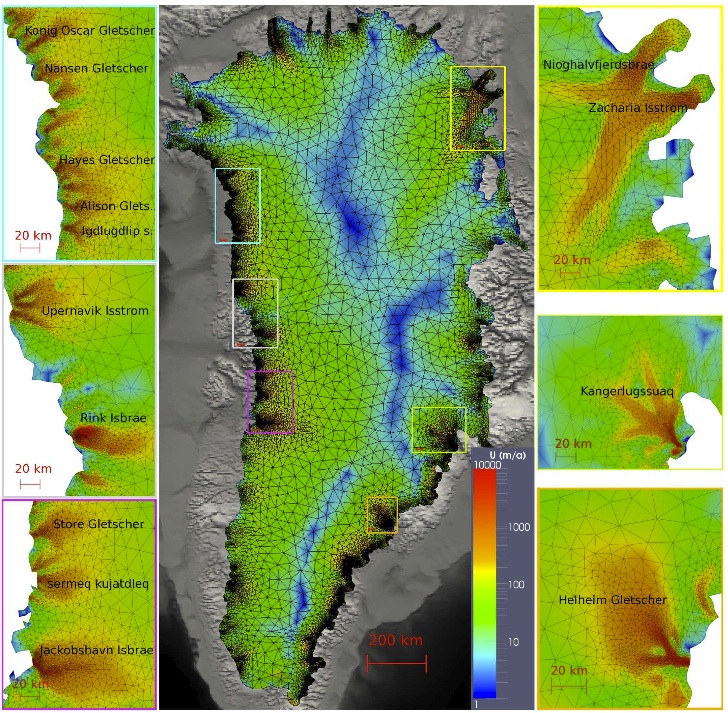 Written by Olivier Gagliardini on 15 June 2012. 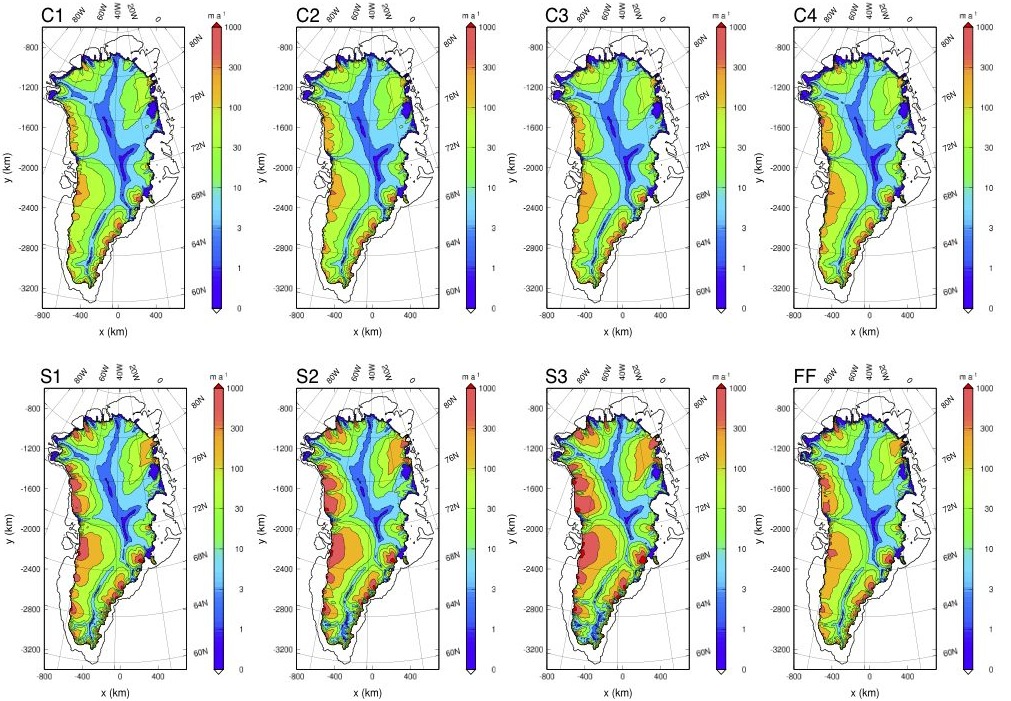 In Seddik and others (2012, Journal of Glaciology), Elmer/Ice was used to investigate dynamical changes of the Greenland ice sheet over 100 years under future climate conditions using the experiments provided by the SeaRISE assessment project. The full-Stokes approach is also compared with a shallow ice approximation model (SICOPOLIS) by means of the calculated evolution of the surface velocities, basal temperature and ice volume. More recently, the work has been extended to produce simulations over 200 years and the final results have been submitted to the SeaRISE project. Elmer/Ice is at present the only full Stokes model contributing to this multi-ice-sheet model community effort and the project is aimed to contribute to the IPCC Fifth Assessment Report (AR5). Elmer/Ice was the only full-Stokes model applying to the MISMIP experiments. As a conclusion of the MISMIP Publication (Pattyn et al., 2012): "These results may seem to indicate a need to solve the full-Stokes equations near the grounding line to obtain fully accurate results."