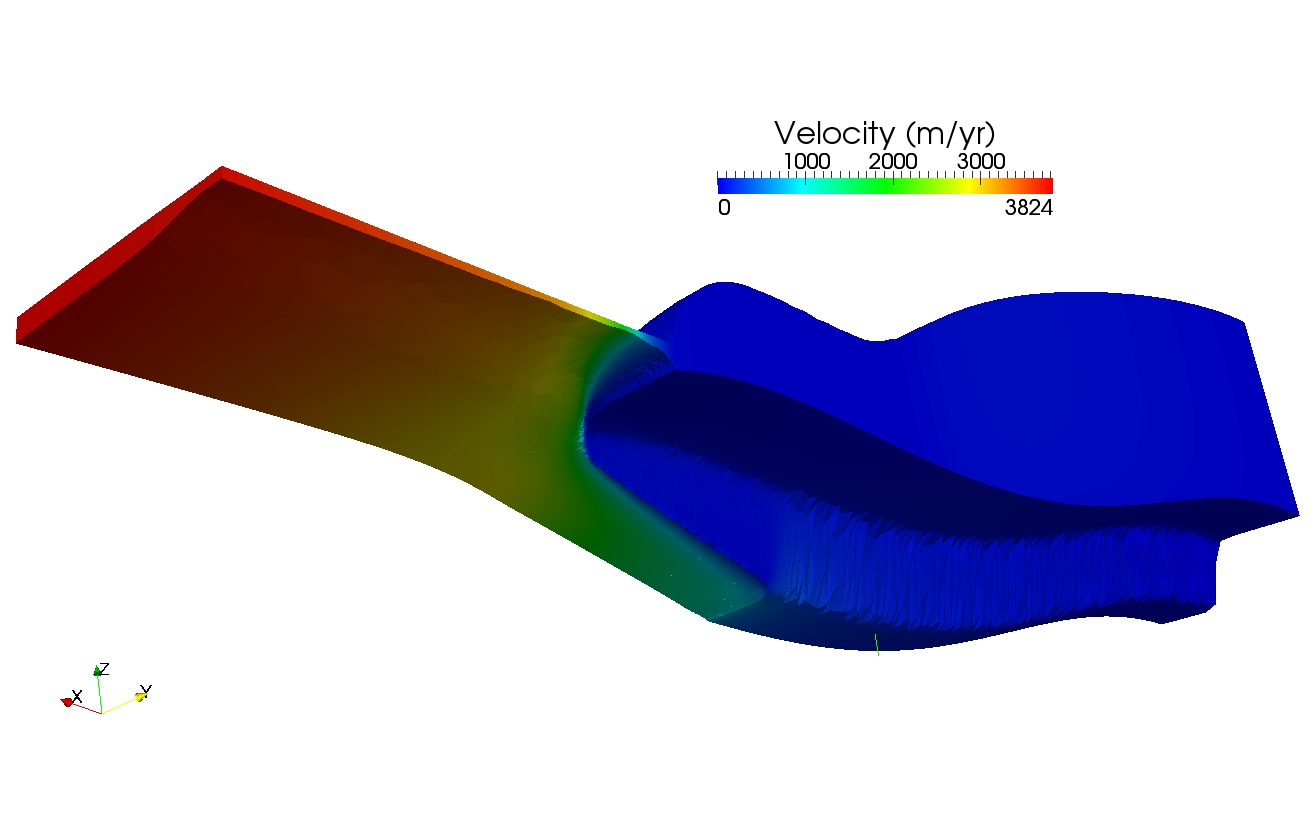 Written by Olivier Gagliardini on 31 October 2012. 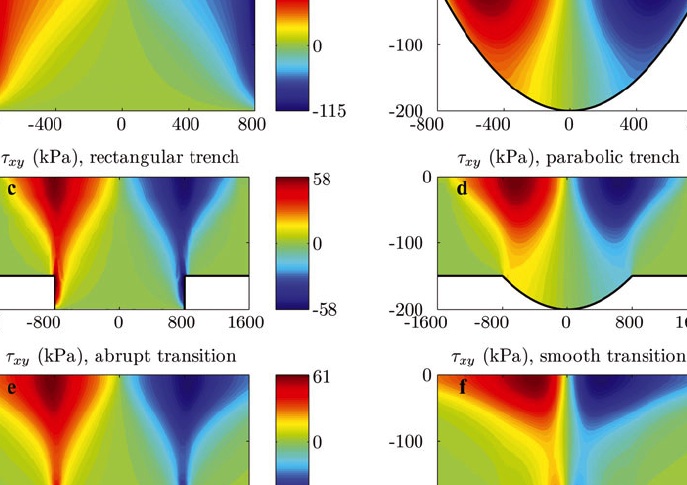 Abstract: Given the cross-sectional geometry of a valley glacier, effects of lateral drag can be parameterized in flowline models through the introduction of Nye shape factors. Lateral drag also arises due to lateral variability in bed topography and basal flow, which induce horizontal shear stress and differential ice motion. For glaciers with various geometric and basal conditions, we compare three-dimensional Stokes solutions to flowline model solutions to examine both sources of lateral drag. We calculate associated correction factors that help flowline models to capture the effects of lateral drag. Such parameterizations provide improved simulations of the dynamics of narrow, channelized, fast-flowing glacial systems. We present an example application for Athabasca Glacier in the Canadian Rocky Mountains.