Iceberg calving parameterisations currently implemented in ice sheet models do not reproduce the full observed range of calving behaviours. For example, though buoyant forces at the ice front are known to trigger full-depth calving events on major Greenland outlet glaciers, a multi-stage iceberg calving event at Jakobshavn Isbræ is 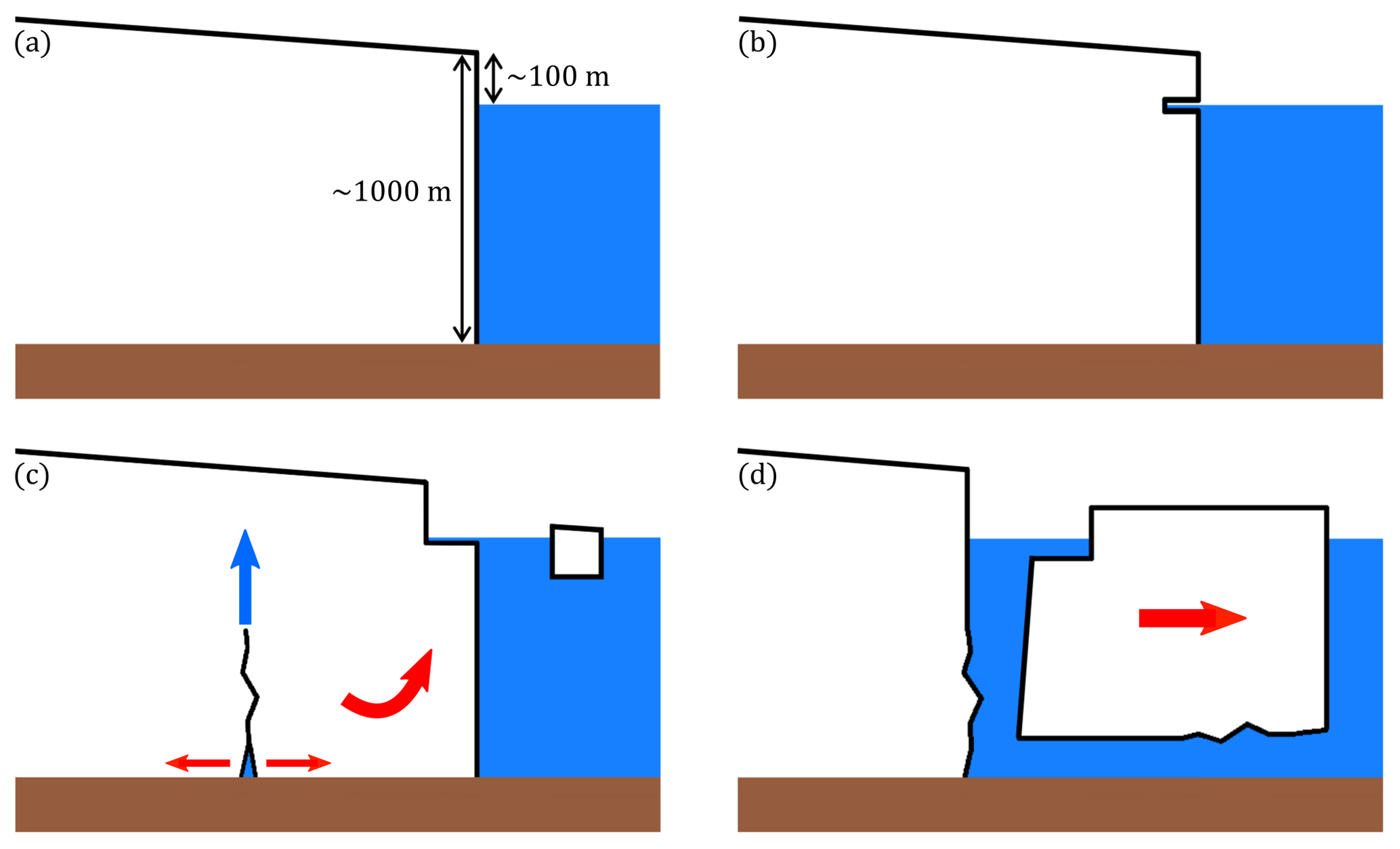 unexplained by existing models. To explain this and similar events, we propose a notch-triggered rotation mechanism, whereby a relatively small subaerial calving event triggers a larger full-depth calving event due to the abrupt increase in buoyant load and the associated stresses generated at the ice–bed interface. We investigate the notch-triggered rotation mechanism by applying a geometric perturbation to the subaerial section of the calving front in a diagnostic flow-line model of an idealised glacier snout, using the full-Stokes, finite element method code Elmer/Ice. Different sliding laws and water pressure boundary conditions are applied at the ice–bed interface. Water pressure has a big influence on the likelihood of calving, and stress concentrations large enough to open crevasses were generated in basal ice. Significantly, the location of stress concentrations produced calving events of approximately the size observed, providing support for future application of the notch-triggered rotation mechanism in ice-sheet models.

Written by Olivier Gagliardini on 12 July 2019. 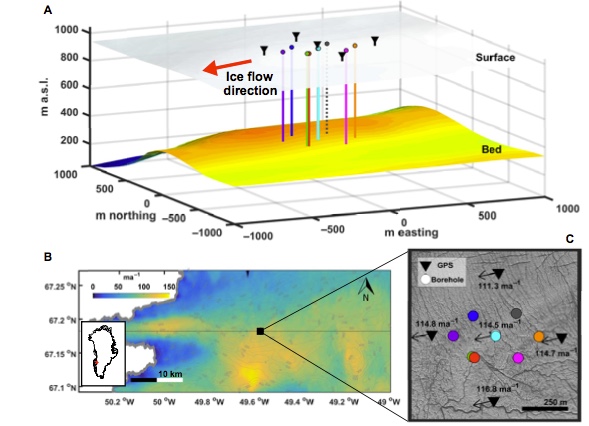 On the Greenland Ice Sheet (GrIS), ice flow due to deformation and sliding across the bed delivers ice to lower- elevation marginal regions where it can melt. We measured the two mechanisms of motion using a three- dimensional array of 212 tilt sensors installed within a network of boreholes drilled to the bed in the ablation zone of GrIS. Unexpectedly, sliding completely dominates ice motion all winter, despite a hard bedrock sub- strate and no concurrent surface meltwater forcing. Modeling constrained by detailed tilt observations made along the basal interface suggests that the high sliding is due to a slippery bed, where sparsely spaced bed- rock bumps provide the limited resistance to sliding. The conditions at the site are characterized as typical of ice sheet margins; thus, most ice flow near the margins of GrIS is mainly from sliding, and marginal ice fluxes are near their theoretical maximum for observed surface speeds. 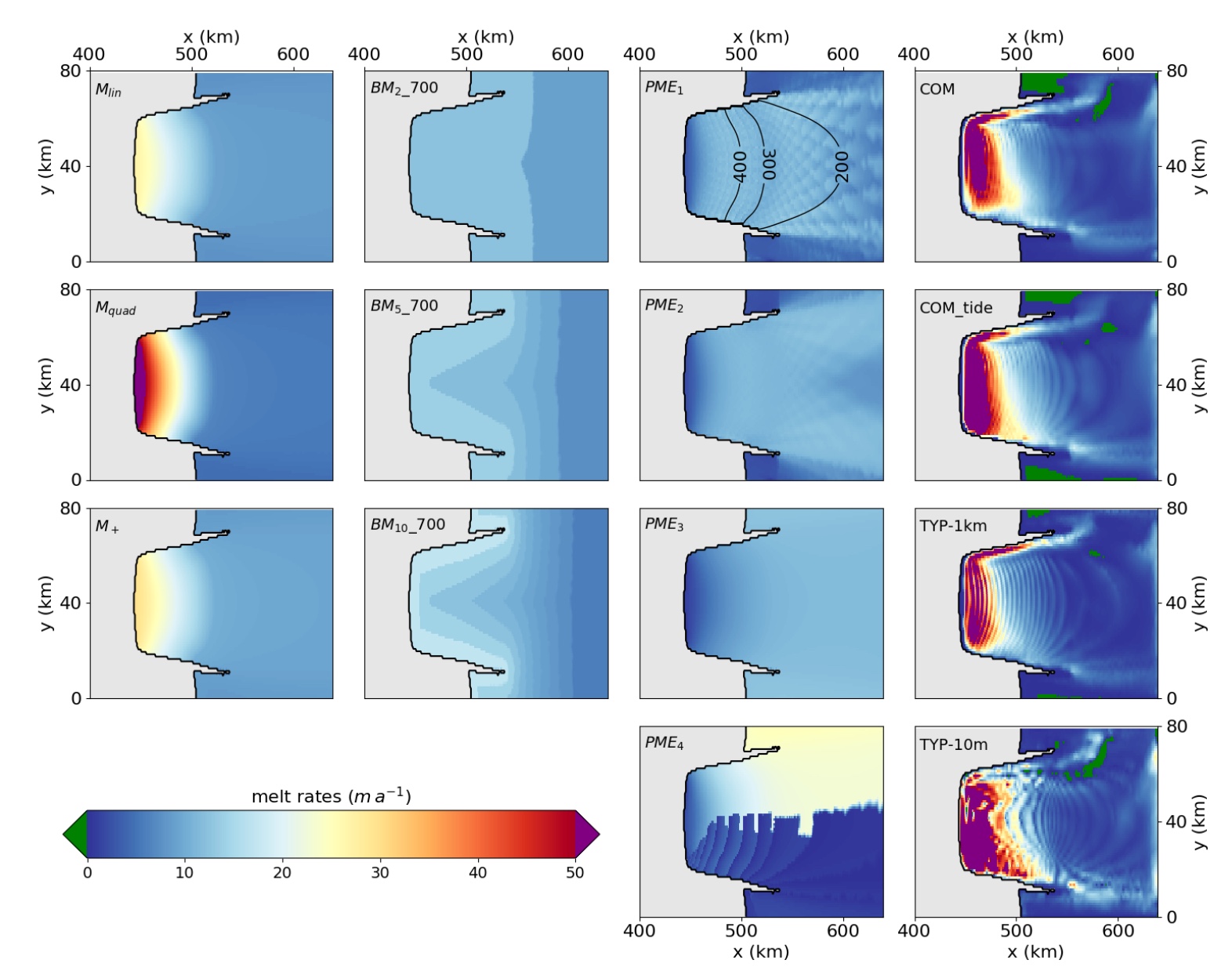