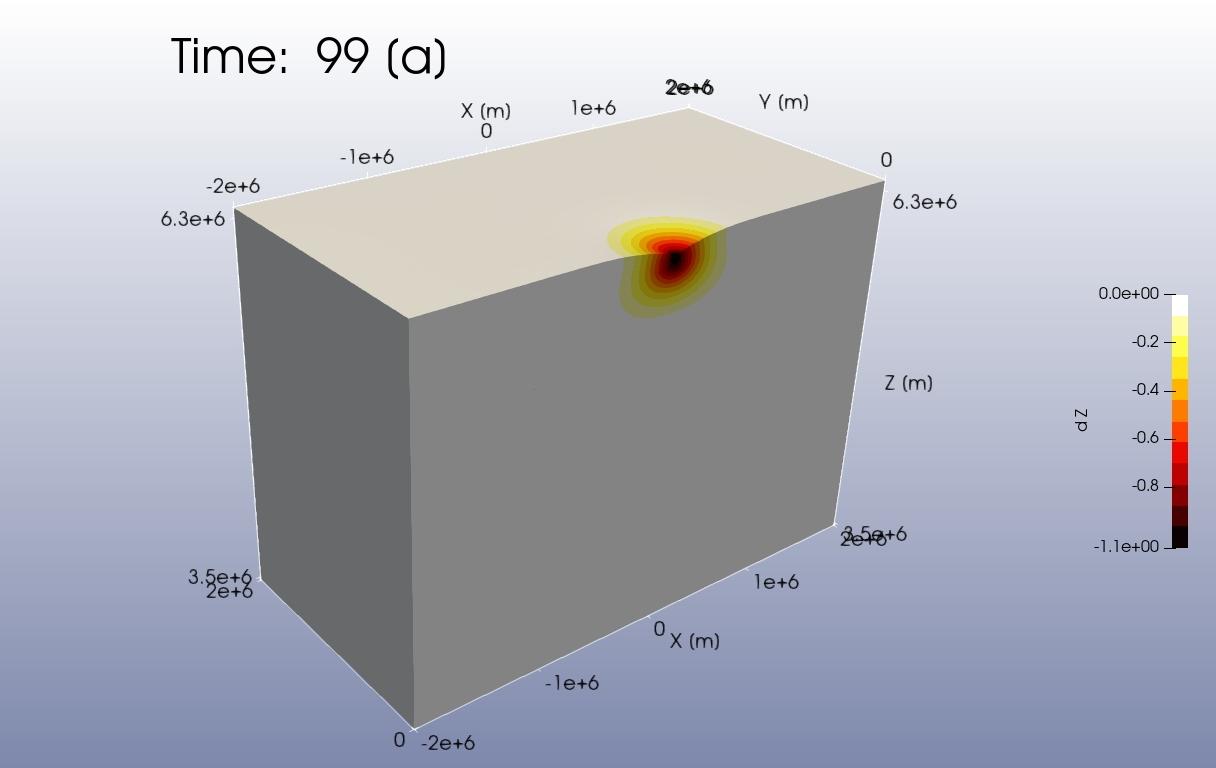 In a recent development funded by the University of Tasmania, Hobart, Australia, the linear Elasticity solver in Elmer has been modified to account for Maxwell type of viscoelastic materials. Furthermore, the most simplest implementation of a a viscoelastic solid earth model, neglecting sphericity and self-gravitation has been set up in its weak form. In contrary to for GIA adapted commercial codes, this means that Elmer does not need special treatment of boundaries between layers of different density, which makes the setup of a layered solid earth model much easier and - since Elmer is open source - independent from any license fees that would be imposed by commercial codes. The paper mentioned below itself does not include results from Elmer/Ice, but we would like to utilize this news-feed to point out the possibility to apply the new module, Elmer/Earth, in combination with Elmer/Ice, as the transfer of ice-loads and deformations are easily achieved by the common code-basis Elmer. Imposed by the earlier mentioned simplifications, computations should be confined to regional studies. In future we might think of including missing components to deploy this model on continental scale ice-sheets. 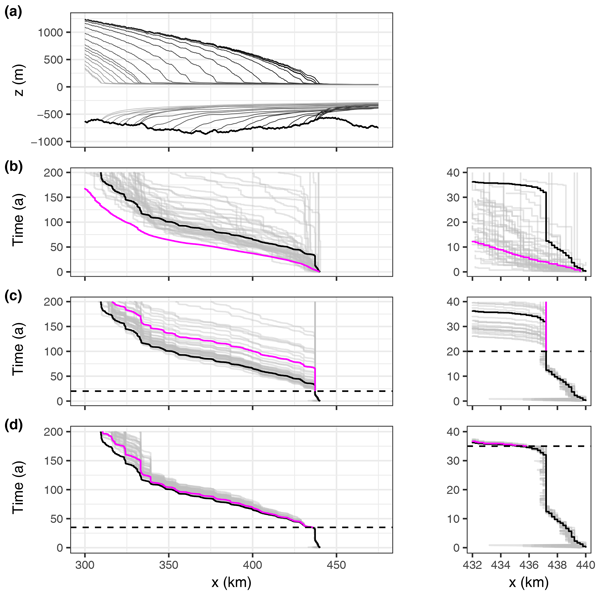 Is it the geometry or sliding? 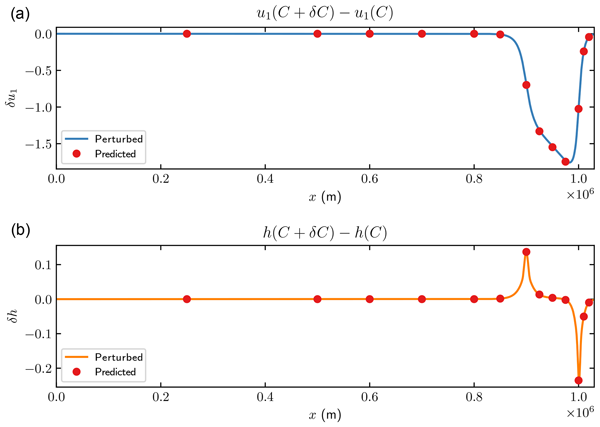 The friction coefficient and the base topography of a stationary and a dynamic ice sheet are perturbed in two models for the ice: the full Stokes equations and the shallow shelf approximation. The sensitivity to the perturbations of the velocity and the height at the surface is quantified by solving the adjoint equations of the stress and the height equations providing weights for the perturbed data. The adjoint equations are solved numerically and the sensitivity is computed in several examples in two dimensions. A transfer matrix couples the perturbations at the base with the perturbations at the top. Comparisons are made with analytical solutions to simplified problems. The sensitivity to perturbations depends on their wavelengths and the distance to the grounding line. A perturbation in the topography has a direct effect at the ice surface above it, while a change in the friction coefficient is less visible there.