Written by Olivier Gagliardini on 15 January 2018. 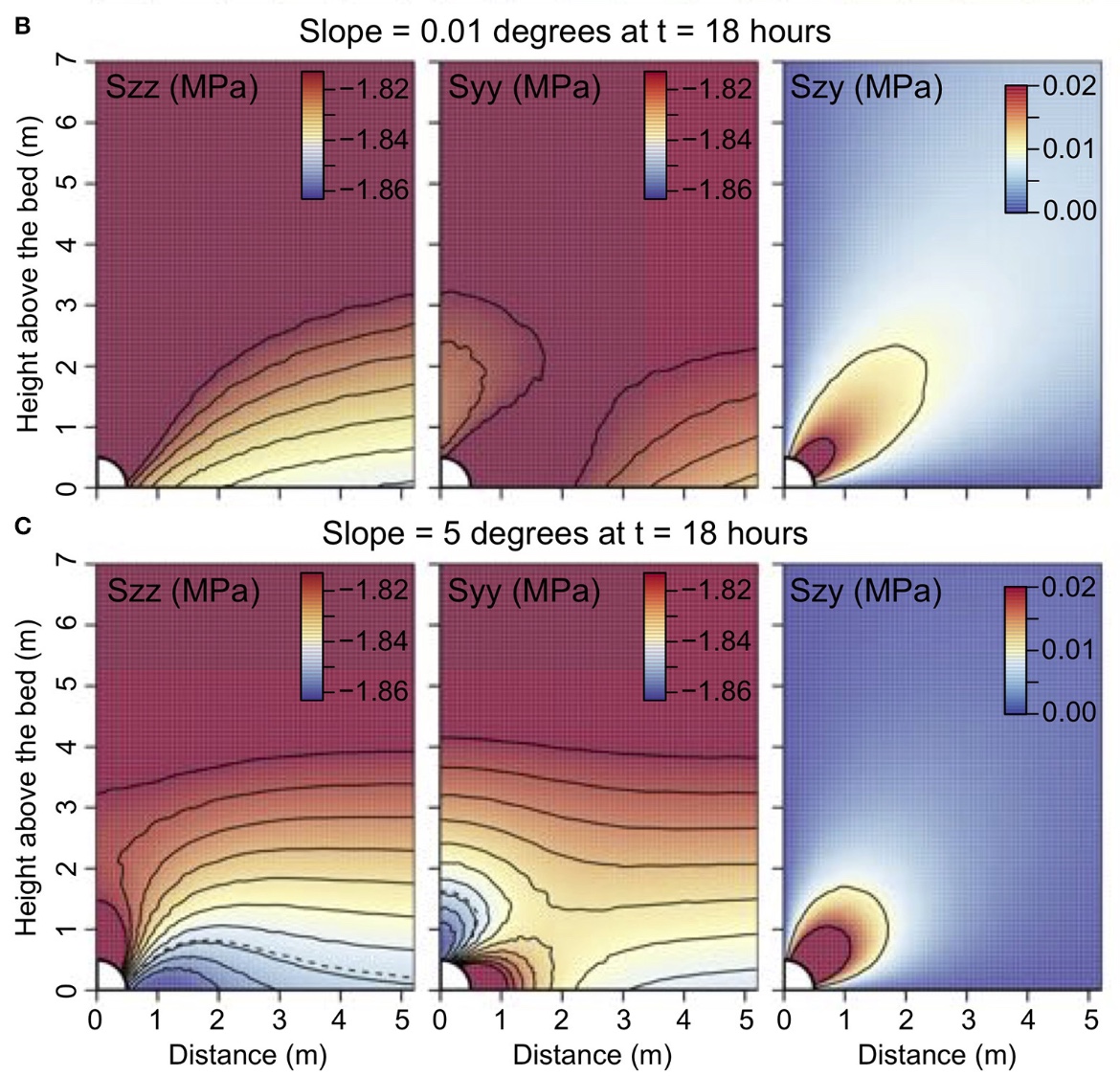 We used a finite element model to interpret anti-correlated pressure variations at the base of a glacier to demonstrate the importance of stress redistribution in the basal ice. We first investigated two pairs of load cells installed 20 m apart at the base of the 210 m thick Engabreen glacier in Northern Norway. The load cell data for July 2003 showed that pressurisation of a subglacial channel located over one load cell pair led to anti-correlation in pressure between the two pairs. To investigate the cause of this anti-correlation, we used a full Stokes 3D model of a 210 m thick and 25–200 m wide glacier with a pressurised subglacial channel represented as a pressure boundary condition. The model reproduced the anti-correlated pressure response at the glacier bed and variations in pressure of the same order of magnitude as the load cell observations. The anti-correlation pattern was shown to depend on the bed/surface slope. On a flat bed with laterally constrained cross-section, the resulting bridging effect diverted some of the normal forces acting on the bed to the sides. The anti-correlated pressure variations were then reproduced at a distance >10–20 m from the channel. In contrast, when the bed was inclined, the channel support of the overlying ice was vertical only, causing a reduction of the normal stress on the bed. With a bed slope of 5 degrees, the anti-correlation occurred within 10 m of the channel. The model thus showed that the effect of stress redistribution can lead to an opposite response in pressure at the same distance from the channel and that anti-correlation in pressure is reproduced without invoking cavity expansion caused by sliding.