Written by Olivier Gagliardini on 23 October 2017. 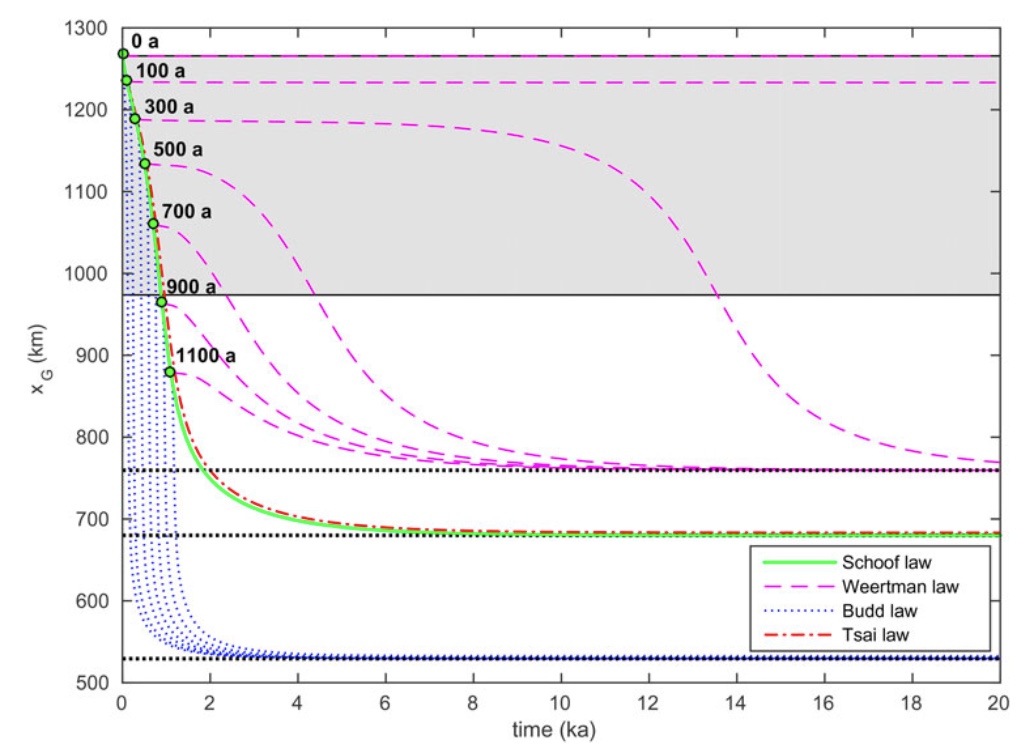 Basal slip accounts for a large part of the flow of ice streams draining ice from Antarctica and Greenland into the ocean. Therefore, an appropriate representation of basal slip in ice flow models is a prerequisite for accurate sea level rise projections. Various friction laws have been proposed to describe basal slip in models. Here, we compare the influence on grounding line (GL) dynamics of four friction laws: the traditional Weertman law and three effective pressure-dependent laws, namely the Schoof, Tsai and Budd laws. It turns out that, even when they are tuned to a common initial reference state, the Weertman, Budd and Schoof laws lead to thoroughly different steady-state positions, although the Schoof and Tsai laws lead to much the same result. In particular, under certain circumstances, it is possible to obtain a steady GL located on a reverse slope area using the Weertman law. Furthermore, the predicted transient evolution of the GL as well as the projected contributions to sea level rise over a 100-year time horizon vary significantly depending on the friction law. We conclude on the importance of choosing an appropriate law for reliable sea level rise projections and emphasise the need for a coupling between ice flow models and physically based subglacial hydrological models.