Written by Olivier Gagliardini on 01 February 2014. 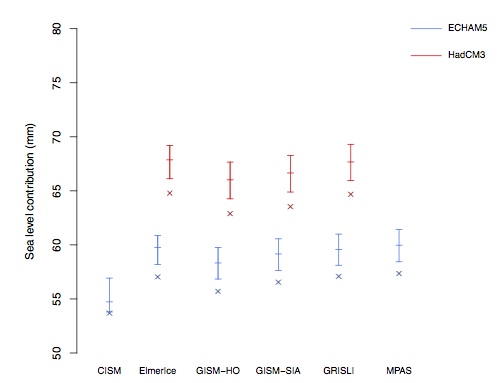 In all results the elevation feedback is significantly positive, amplifying the GrIS sea level contribution relative to the MAR projections in which the ice sheet topography is fixed: the lower bounds of our 95% credibility intervals (CIs) for sea level contributions are larger than the "no feedback" case for all ISMs and GCMs.