Written by Olivier Gagliardini on 21 August 2013. 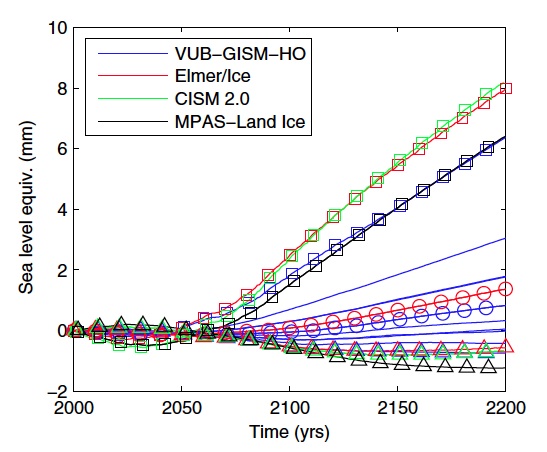 In the paper "Enhanced basal lubrication and the contribution of the Greenland ice sheet to future sea-level rise", by Shannon et al., recently published in the Proceedings of the National Academy of Sciences of the United States of America (PNAS), it is found that basal lubrication induced by an increase of surface melt-water is likely to have a minor role in sea-level rise compared to other effects like iceberg production and surface melt.

Elmer/Ice was one of the four ice sheet models which participated to this study in the framework of the ice2sea project.

More information and a press release can be found on the ice2sea website.