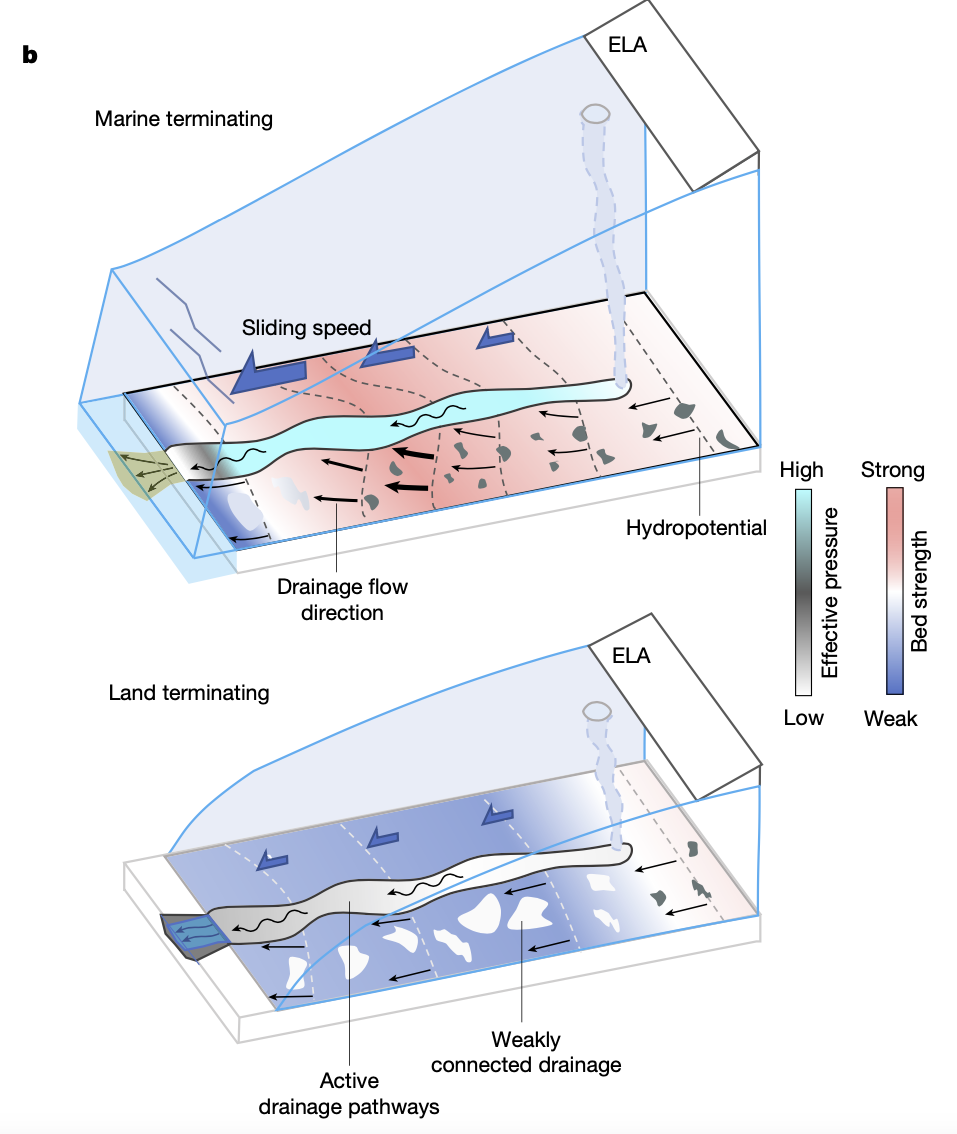 Ice speeds in Greenland are largely set by basal motion, which is modulated by meltwater delivery to the ice base. Evidence suggests that increasing melt rates enhance the subglacial drainage network’s capacity to evacuate basal water, increasing bed friction and causing the ice to slow. This limits the potential of melt forcing to increase mass loss as temperatures increase. Here we show that melt forcing has a pronounced influence on dynamics, but factors besides melt rates primarily control its impact. Using a method to examine friction variability across the entirety of western Greenland, we show that the main impact of melt forcing is an abrupt north-to-south change in bed strength that cannot be explained by changes in melt production. The southern ablation zone is weakened by 20–40 per cent compared with regions with no melt, whereas in northern Greenland the ablation zone is strengthened. We show that the weakening is consistent with persistent basal water storage and that the threshold is linked to differences in sliding and hydropotential gradients, which exert primary control on the pressures within drainage pathways that dewater the bed. These characteristics are mainly set by whether a margin is land or marine terminating, suggesting that dynamic changes that increase mass loss are likely to occur in northern Greenland as temperatures increase. Our results point to physical representations of these findings that will improve simulated ice-sheet evolution at centennial scales.